The Stelvio Pass, the icon of the Alpine passes, 2758 meters, the highest in Italy, needs no introduction.

It is certainly not the most beautiful, the road is uneven (on the South Tyrolean side), its hairpin bends are narrow and put in trouble many motorcyclists, in the few summer months when it is open is taken by storm from half of Europe.

It remains the most exciting. When you get to the top you really feel a bit special, it’s ritual to take a picture with his famous sign, because being up there makes you feel like a real motorcyclist.

Personally, I did it with snow, sun and hail and it always has its reasons, you have to be careful not to be unprepared, at that altitude the weather changes abruptly as well as temperatures, so before leaving always take a look at the weather forecast.

The Stelvio Pass is rich in history, with numerous trenches of the Great W. War on its summit, which you can visit during the summer. It was from here that the front against the Austro-Hungarian Empire began.

Theoretically the pass is open from late May to early October, but much depends on the amount of snow present.

In 2019, for example, I climbed the second day from the opening and it was June 9th, the road is open only for certain time slots and only on the Bormino side, so before you venture, be sure about the opening 🙂

If you want, you can spend a weekend around the Stelvio Pass and its beauties.

Going down the South Tyrolean side you can reach Lake Resia with its famous bell tower, proceeding northwards, you can enter Austria for a few kilometers and drive along the Martinsbrucker road in Switzerland and then drive along the whole length of the Engadin

Or once at the top of the Stelvio Pass you can descend over the Umbrail Pass towards Santa Maria Val Müstair and then head to the Fuorn Pass and enter Livigno using the Munt la Schera tunnel. (toll 12€ for motorcycle).

One thing I really like to do is to go up to the Stelvio for lunch and have the classic sandwich with Tyrolean Wurstel and sauerkraut, once down, up towards the lakes of Cancano (also called Lakes of San Giacomo) and the towers of Fraele.

The perfect place to relax and sunbathe by the lake, so your pillion will be happy too! 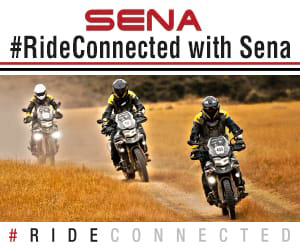